Artists have been drawing the figure for centuries, from carefully composed life drawings to people caught unawares at leisure or work. Though there are sometimes surprising similarities across the decades, there is also a great diversity of techniques and approaches. The majority are drawn from observation, though some are from memory or imagination; some are unfinished studies while others are finished works in their own right. Perhaps some of the most surprising examples are those from very early on in artists’ careers, such as a self-portrait by Richard Hamilton from 1938, the carefully drawn Mrs Ash Asleep by Howard Hodgkin from 1952 and Peter Blake’s Portrait of a Man from 1950.

“This exhibition is concerned less with the disciplined life-drawing tradition of nudity than with the intimacy of one person reflecting on the presence of another using the medium of sketching. It’s a simply themed Arts Council show, but one that has touching moments. Gwen John kicks it off with her painfully sensitive studies, while Woman Combing Her Hair by John’s contemporary Harold Gilman similarly glimpses the momentous in the mundane. Bringing the show more up to date are Frank Auerbach’s intensely laboured scrawls and Mimei Thompson’s spooked-out undergrowths. In our digitally mediated world, it is edifying to be reminded of the tactile power of a pencil.” 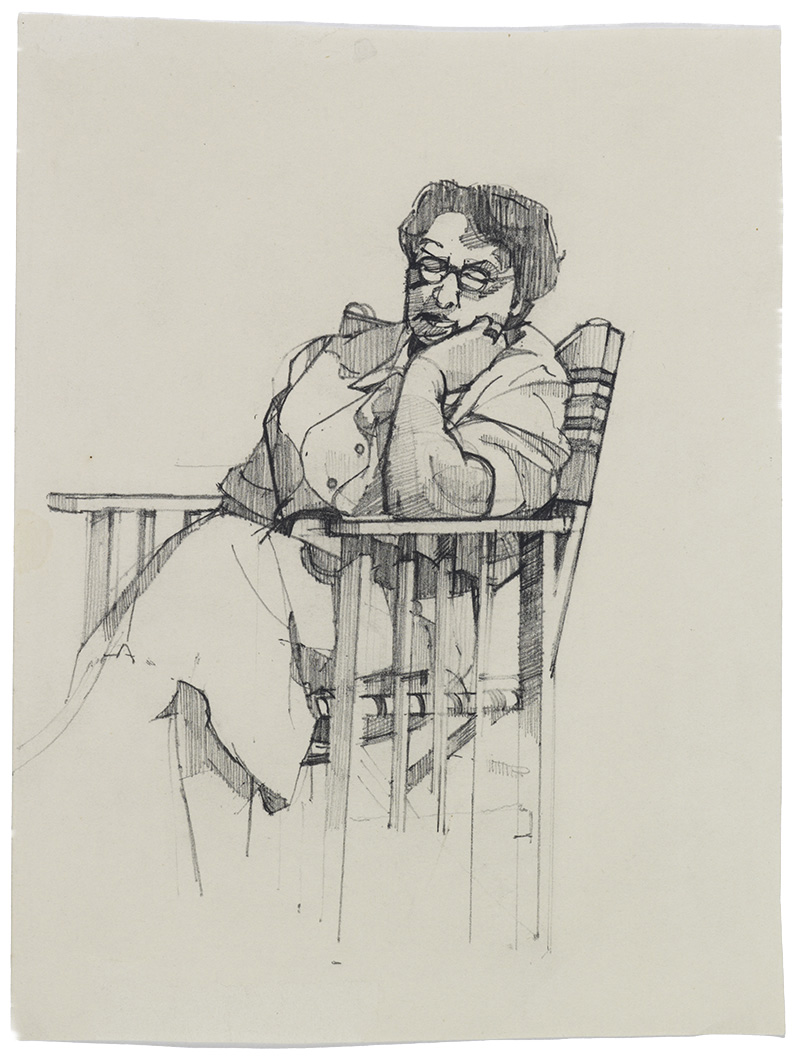 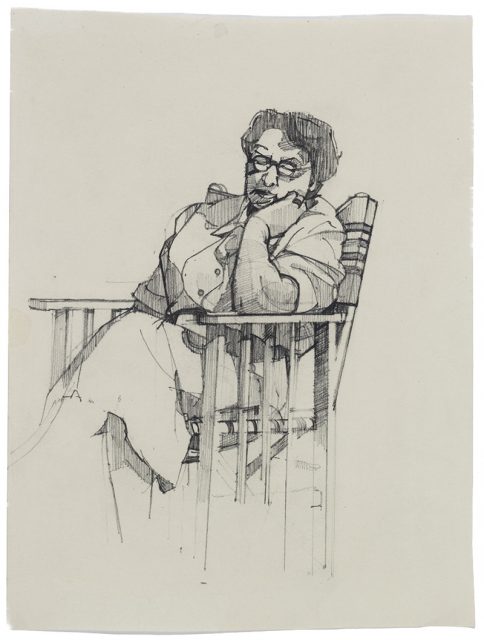