Notes: A portrait of the British artist Stephen Buckley and his wife. Hodgkin painted a smaller version of the same subject, The Buckleys at Brede, now in the collection of the National Gallery of Australia, Canberra (see PA127). The artist has written: “Both paintings were the result of staying for the week with the Buckleys in a house they had borrowed at Brede near Rye, Sussex. The subject of the picture is simply a family group sitting round a fire in the evening. I think the time of year must have been autumn, as I remember it was quite chilly… The picture was painted on a second-hand wooden drawing board, the surface of which was not primed in any way. The drawing pin holes can be seen all over the picture” (letter of 2 June 1980, quoted in ‘The Tate Gallery 1980—82, Illustrated Catalogue of Acquisitions’, p. 140). In the same letter, Hodgkin expressed a preference that the painting be exhibited without a frame. See also Interior with a Painting by Stephen Buckley PA130. 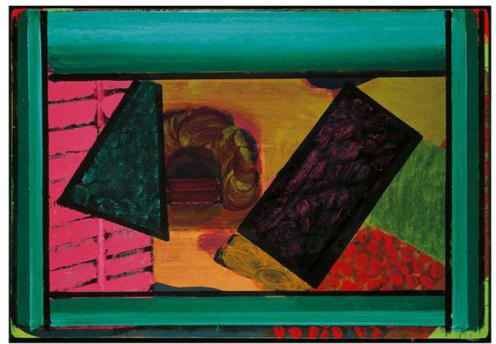 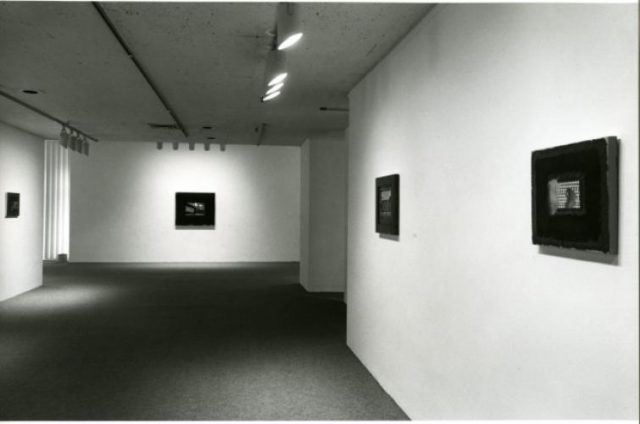 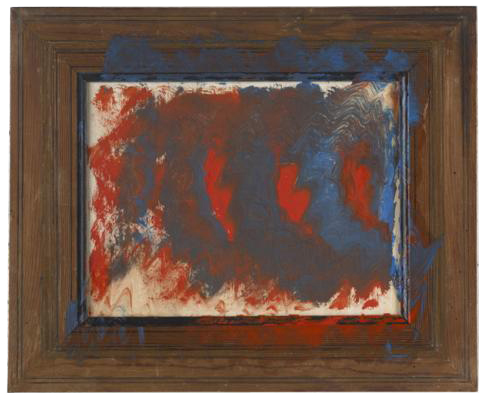 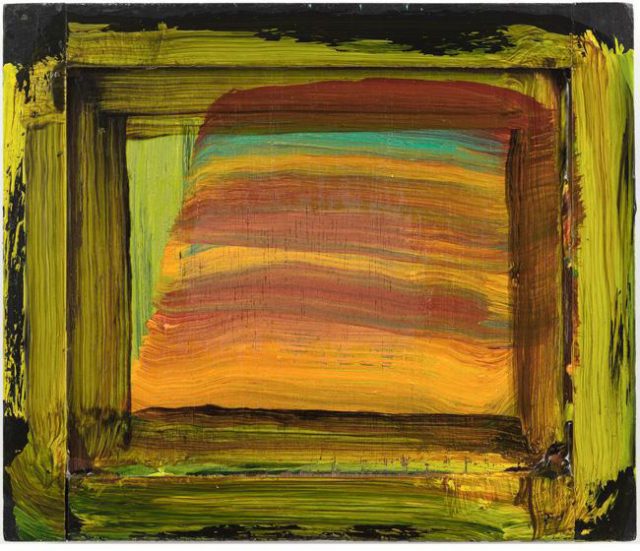 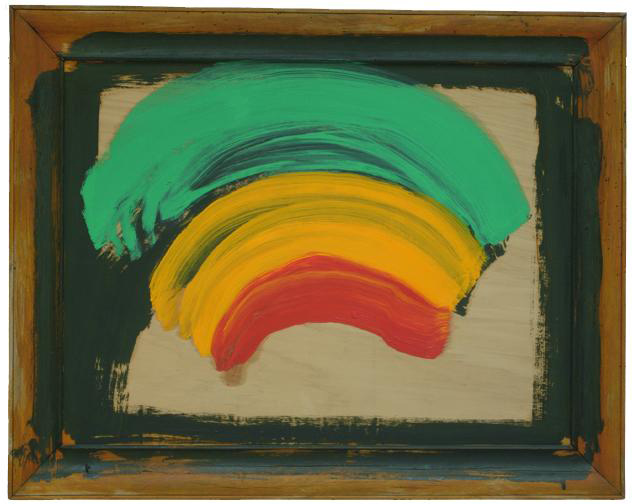 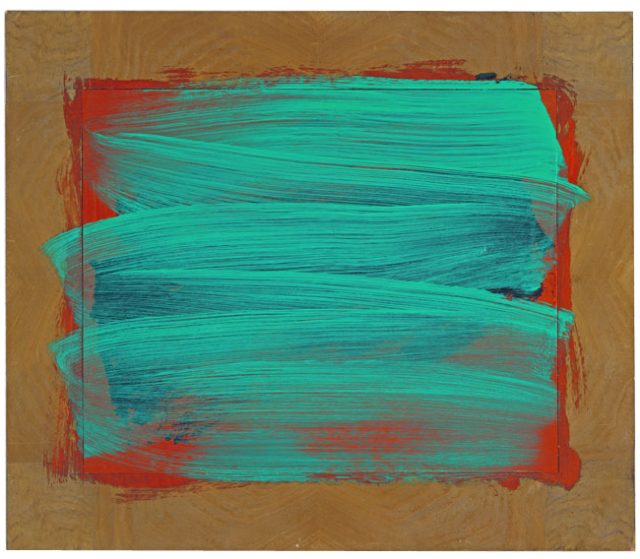 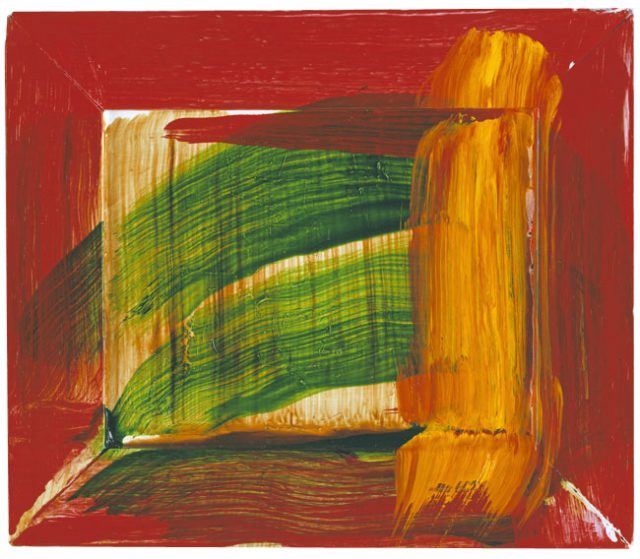 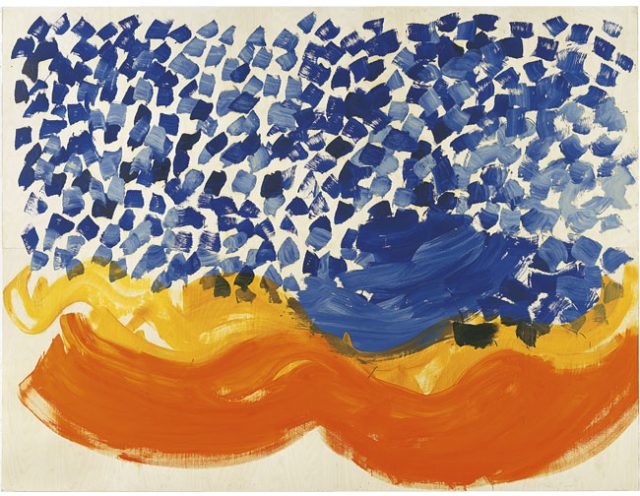 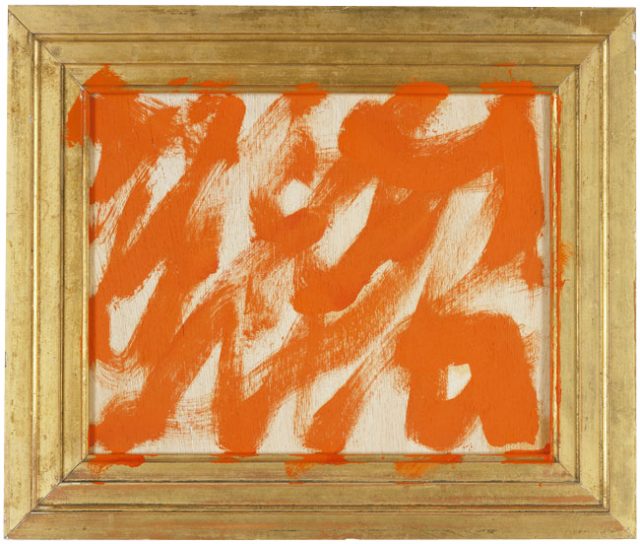 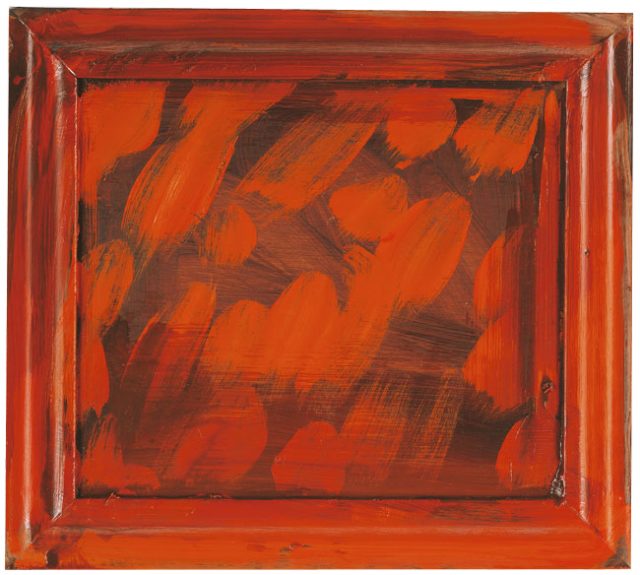 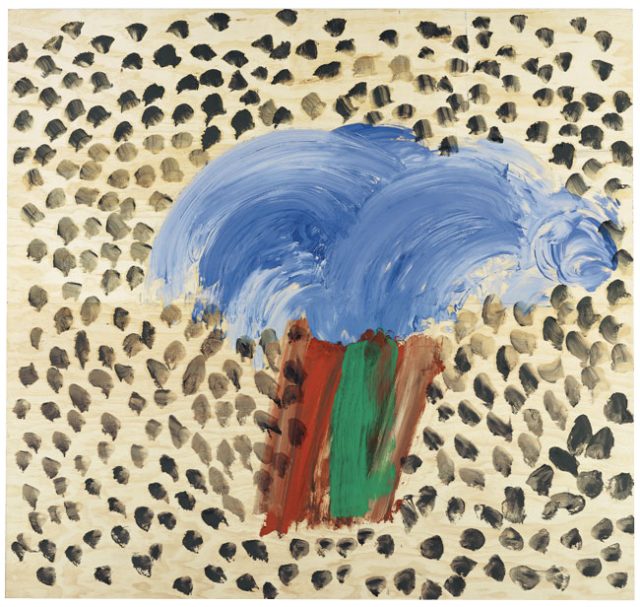 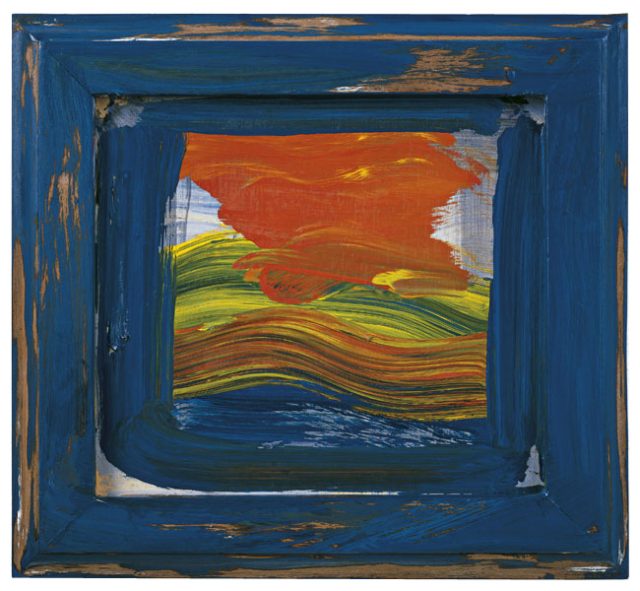 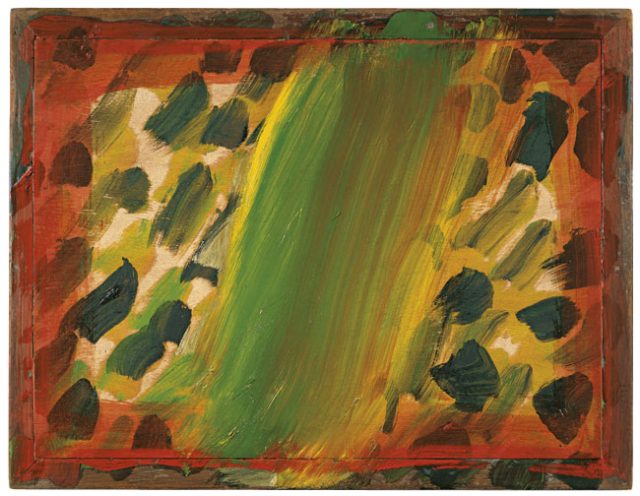 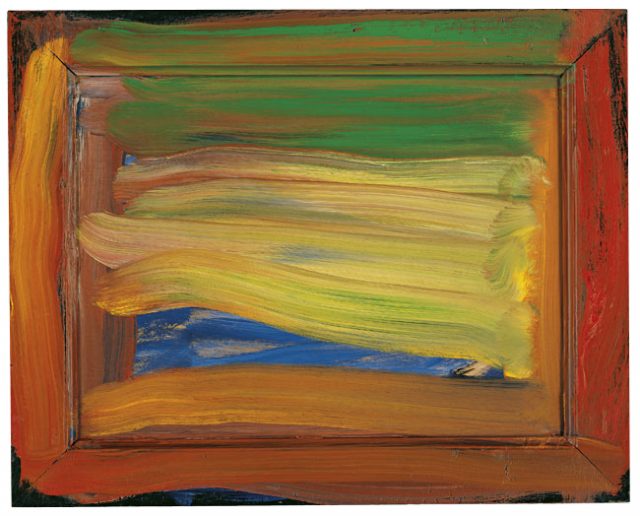